Opportunity to do a PhD with me

This project will explore ways of efficiently detecting and characterising unusual transit signatures by simulating and analysing the type of data we expect to obtain from the upcoming European Space Agency space mission: PLATO.

In and amongst the starts which regularly dim every time an exoplanet transits, astronomers sometimes come across irregular dimming events caused by material passing in front of the host star. The irregular dimming events, which can last for days and months and which sometimes block out a significant fraction of the star light are referred to as "dipper stars". Although it is clear that the dimming events are caused by some transiting material, the details surrounding the what is causing the dimming remain uncertain.

Focus of the PhD

The details of the PhD will depend on the interests and the skill set of the successful candidate. It is envisioned that the PhD will be focussed on studying the characteristics of unusual transits and then to use this gained insight into how to best detect and characterise them. For instance, one possible avenue of research could be to develop an efficient method for detecting exocomets absorption signatures in photometric data. This could involve injecting exocometary transits with known parameters into simulated PLATO data and then develop methods to retrieve these detections. Once they have been detected they could be modelled to get information such as absorption depth and come size and then compared to what was injected. For papers on similar topics please have a look at Lecevelier des Etangs (2022) and Kennedy et al. (2019).

The PhD will likely have a strong exocomet component (see text on exocomets below). Most of the work will be done using python, so it is preferable if you have some experience using it. 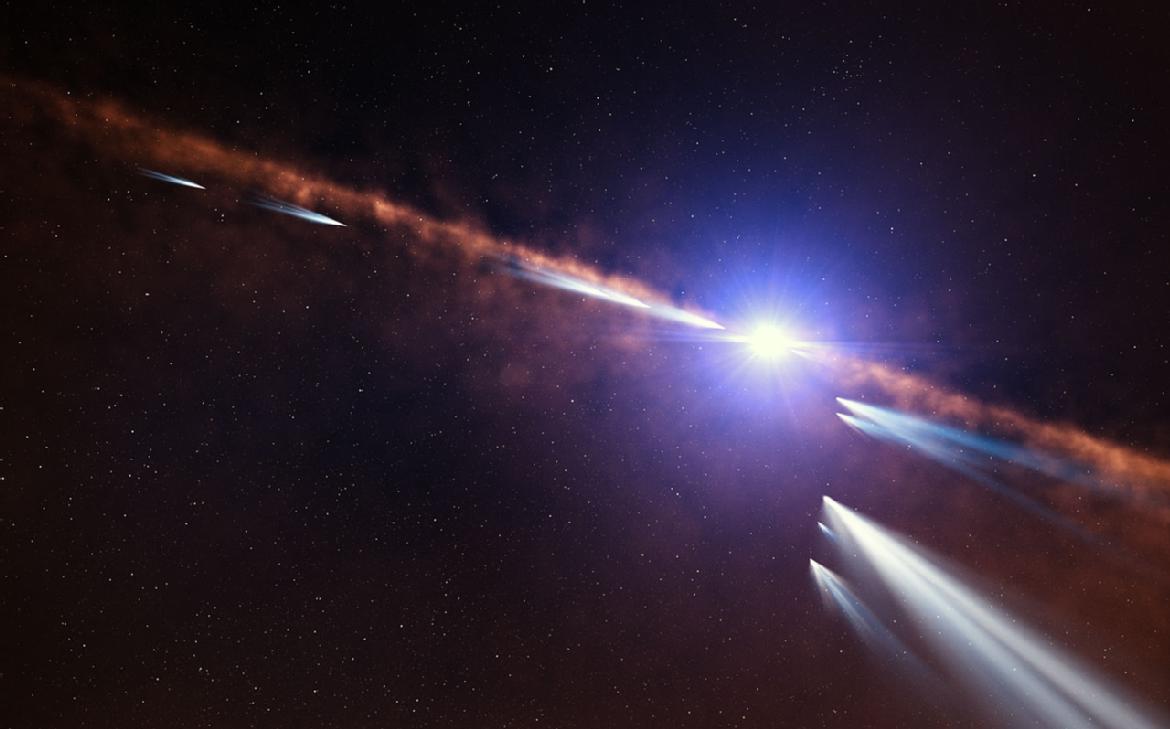 The comets in our own solar system carry the physical and chemical memory from their formation environment. Unlike asteroids, comets have generally not been subject to space-weathering and therefore are regarded as the unused building blocks of the Solar System, providing astronomers with pristine samples of the formation and evolution conditions of the early Solar System.

Much is to be gained by studying their composition, origin and dynamical history, as they provide important clues to the formation of life on Earth through the delivery of complex organic molecules and large quantities of water which may have laid the seeds of early organic chemistry on Earth.

Young stellar systems, some of them many light years away, resemble the early Solar System by showing the hallmarks of being surrounded by a vast number of comets that we are now able to detect. These comets, orbiting other stars, give us the important foundation for which to make a comparison with the comets in our Solar System and allow us put their composition and dynamical distribution in perspective. Exocomets provide us with information valuable for understanding the composition of exoplanet atmospheres and may help us understand the early chemistry of Earth.